Receive notification of new arrivals in your topics of interest.

Based in the far northwest reaches of the Chicago suburbs, Carpetbagger Books specializes in literary fiction and modern firsts. Inventory is updated weekly, if not more frequently, so browse often. If you are after something particular, don't hesitate to communicate. If you don't see what you are looking for, leave a want and sign up for e-lists and topic notifications.

A number of friends and colleagues upon hearing the name Carpetbagger Books for the first time asked, after a pregnant paused, “You do know what that means, right?” After assuring them that I do indeed know the meaning and origin of the term “carpetbagger,” the next question was always, “Then why use it as the name of your business?” There are two reasons for the name, the first of which is as simple as the fact that I was called a carpetbagger by a man at an estate sale after I told him I was going to resell the books I had just purchased. I understand this logic become problematic when thinking of other words the man could have used, and it’s from that hole in the logic that I searched for another reason why Carpetbagger Books is a defensible name. Frankly put, bookselling is a practice in carpetbagging.

Although unlikely in need of revisiting, the history of the term dates to the Reconstruction-era United States. Northerners packed their belongings into their carpet bags and headed to the South to make their mark as politicians. Southerner’s viewed these outsiders as opportunists at best and corrupt agitators at worst, and those view aren’t without merit. Henry Warmouth, Governor of Louisiana, was accused of personally benefitting from state bond trading. George Spencer, a U.S. Senator from Alabama, allegedly purchased votes and embezzled funds. The list could continue, but those two will serve the purpose.

Both Warmouth and Spencer travelled to the South motivated by personal gain. The means by which they achieved that gain is illegal, but it’s their shared motivation that connects carpetbagging to bookselling. Namely, bookselling is a business, and one that often requires travelling outside of one’s community to seek opportunity for personal gain. This view might seem crass, possibly even offensive to those with more romanticized notions of bookselling, but at its heart bookselling is a business. A collegial trade, to be sure. A venture where success often relies on forging mutualistic relationships with customers and colleagues alike, no doubt. But underneath it all, bookselling is a pursuit of profit.

What’s overlooked in bookselling – the drive for profit – is the very thing emphasized when discussing carpetbaggers. Interestingly, the very thing emphasized in bookselling – collegiality and positive relationships – is what’s overlooked in carpetbaggers. Any discussion of the carpetbaggers is incomplete without mention of Tunis Campbell, a freed African American from New York who travelled to Georgia and successfully lobbied land reforms to benefit freed slaves. Or George Thompson Ruby, who organized the Labor Union of Colored Men to the benefit of the discriminated dockworkers. Though arguments can be made about Campbell’s and Ruby’s motivations, there is no denying their collegiality and ability to form positive relationships, without which their positive impacts would not have been possible.

And that’s how I arrived at the name Carpetbagger Books. On the surface, it’s a questionable choice, but when investigated it applies, in my mind, perfectly to bookselling. It captures both the booksellers drive for profit, without which there is no “bookseller,” and the necessity for collegiality and relationships, without which there is no “bookseller.” Since I aspire to retain the title of bookseller, I aspire to remain Carpetbagger Books.

Who is Carpetbagger Books? 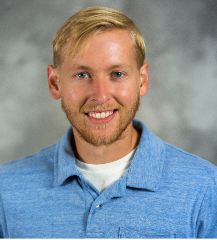 All mentions of first-person plural on this site are for style only. Carpetbagger Books is run by one person: me, Willy Stastny. I’ve been dealing in books since I was in high school, and since I enjoyed high school so much, I find myself back there every day, just as a teacher this time around. My interest in literature, language, and the impact those two have on history have lead me to a career in teaching as well as a career in selling books related to those fields.

I'd like to be notified of new arrivals in the following categories.

Check all categories that are of interest to you.